World-renowned Stanford University has released a report of the top 2% scientists in the world in various fields and over 1000 Indian scientists made it to the list. The list of top scientists was created by Stanford experts on the basis of standardised citation indicators like information on citations, h-index, co-authorship, and a composite indicator.

Many notable Indian scientists feature on the list. A majority are from the IITs, IISc and other top institutes and come from fields like physics, material sciences, chemical engineering, plant biology, energy, etc.

All of these scientists were classified into 22 scientific fields and 176 sub-fields in the report which was created under the lead of Dr John Ioannidis.

Dr. Alex James, Professor, AI Hardware and Electronic Systems, IIITM-K features in Stanford University’s new list of the top 2% scientists in the world in various fields include over  1000 scientists from India. 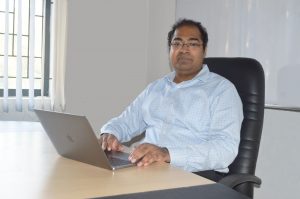 Search Your KeyWord
Login to Your Account or try our socials

Enter the username or e-mail you used in your profile. A password reset link will be sent to you by email.

create Your Account today or signup with your socials: